In 2014 I set off on my first long distance cycle tour. Inspired by the books of Al Humphreys and Mark Beaumont and their adventures travelling the world on two wheels, I saved up for a new bike with all the touring trimmings: panniers, a fancy leather saddle, and horribly uncool but ever-practical accessories such as a bell and kickstand. It had been a long time ambition of mine to go on a cycling adventure and it was exciting to finally have the means to pull at wanderlust’s thread and see familiar winding roads unravel before me and set my sights to the elusory horizon and simply go. 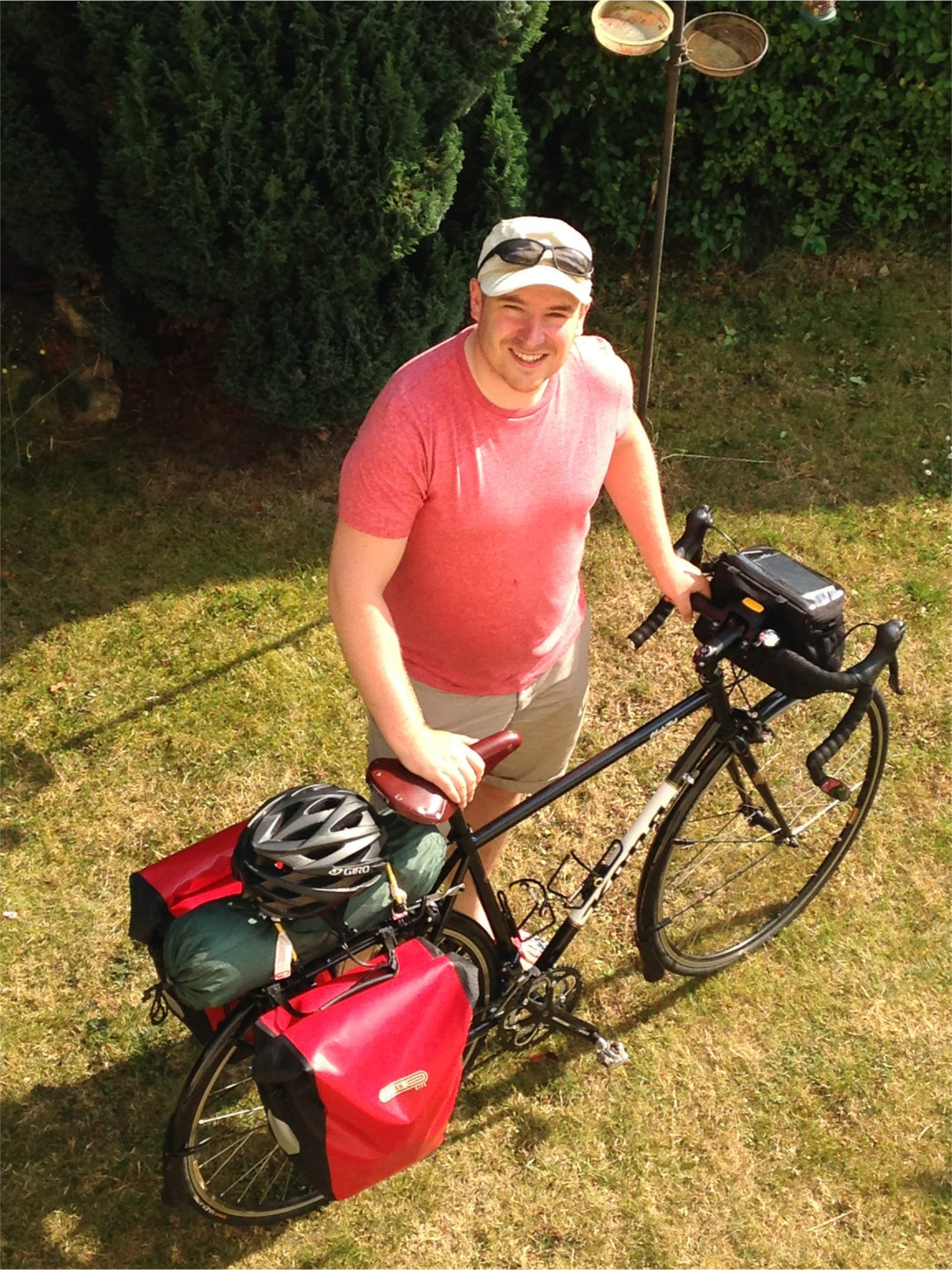 I cycled from my house in Hertfordshire, about 30 miles north of London and headed towards Edinburgh. I followed and number of Sustrans cycle routes, a network of on and off-road cycle-friendly paths, including Cycle route 1 which took me from Norfolk all the way up the east coast to Scotland. It took me 7 days to cycle 503 miles, averaging ~70 miles per day. It, for me at that time, was a long and epic journey and it came with many highs as well as lows. Here’s my top 3 best and worst moments from my first cycle tour. 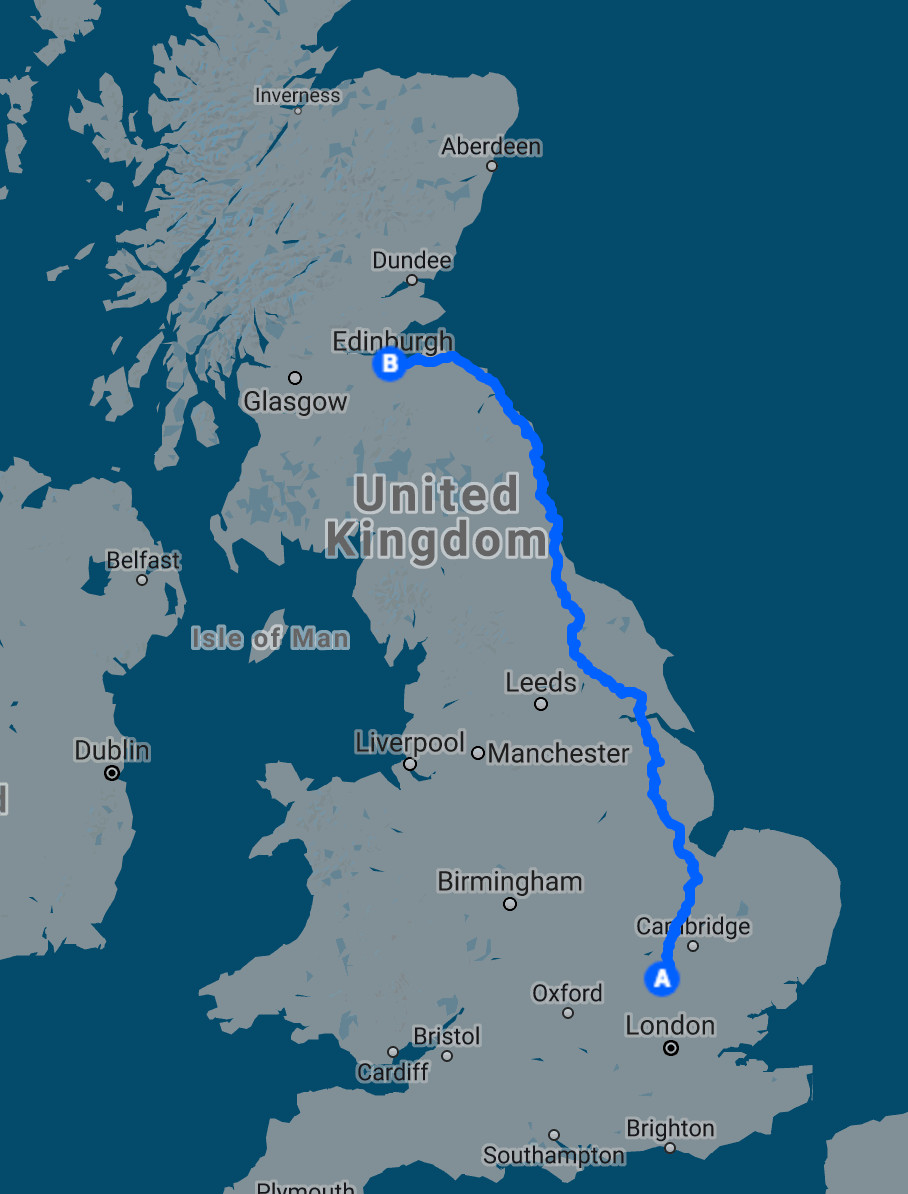 My 3 best moments cycling from Hertfordshire to Scotland

I got my bike out of the shed, hopped on, said goodbye, and set off along familiar streets just as I would for any Sunday jaunt. My wheels buzzed along the hot tarmac as my mind buzzed with excitement in the knowledge that I wasn’t going to loop round on the normal circuit but instead keep going, out of the orbit of home and off on a northerly bearing towards adventure. Something I hadn’t expected but felt from the first crank was that I had already succeeded. I had planned, prepared, and embarked on an adventure that would have been easy to put off or postpone; to procrastinate from doing at each opportunity. Leaving the house that sunny morning I knew that for better or worse, through whatever challenges came in my way, it would now be easier now to face them head-on and keep going than it would be to accept defeat and turn around and come home. I had finally achieved a long-term goal of going on a long distance cycle tour.

By travelling by bike or on foot we choose to see the world go by at a slower pace. You get to see lots of things that you perhaps might not expect, the mundanity of journeying becomes the adventure itself bringing you to unexpected destinations that you would have otherwise missed. On my journey I heard accents change every day, subtle changes in geography and fauna, and noticed unique idiosyncrasies, such an unprecedented number of burnt mattresses in Middlesbrough or flags in Lincolnshire. Some of my favourite unexpected sights include a great string of kites in the shape of various creatures in Dunbar, and noticing these birdhouses along a rural road in Scotland. I also saved a Barn Owl that was trapped in a wire fence and met a Dutch septuagenarian who had ridden all the way from the Orkney Islands.

One of the things I was most looking forward to on my trip was reaching Scotland and its relaxed camping rules that allow you to more or less wild camp anywhere. My first night beyond the border took me to a small village by the name of Foulden. Perched on the brow of a gently sloping hill, the houses of Foulden line just one side of the road, the other side saved from buildings allowing for stunning views across the Tweed Valley all the way to the distant Cheviot hills of Northumberland. I popped my tent up right there on the village green in full view of the houses. No hiding for me that night, skulking out of sight in fear of being shooed off by angry farmers. I was enjoying my right to camp freely in Scotland greatly, indeed, the next morning I was greeted by a friendly local who made me a cup of tea and filled my water bottles before I set off. 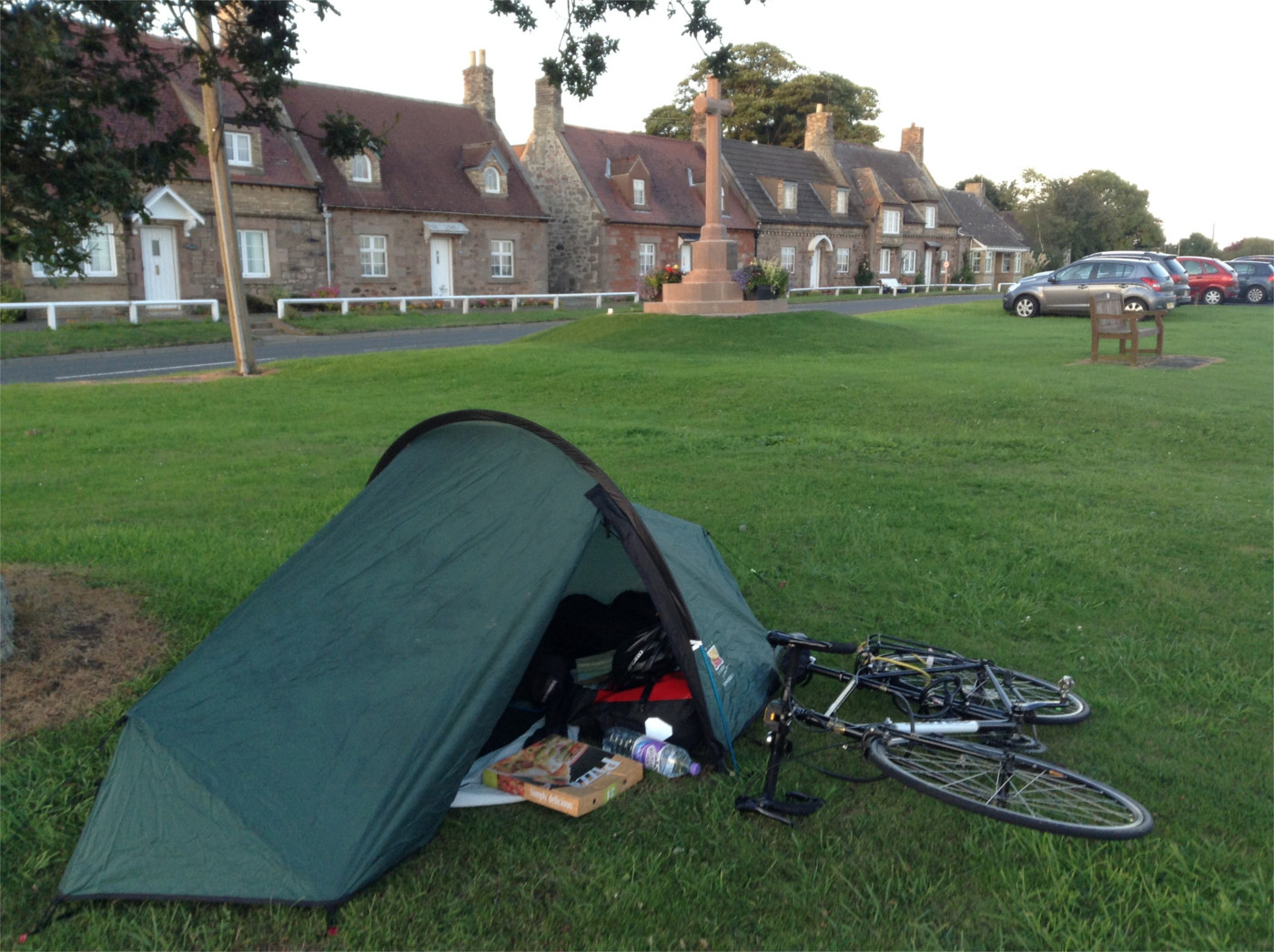 1. Near-miss with a Nutter

My journey ended in the Scottish capital of Edinburgh, once described as a ‘mad god’s dream,’ its windy streets are lined with stone-faced tenements which can in a single moment look every bit as grand as they look austere. Built on seven hills, a qualifying foundation for many great cities, Edinburgh is centred upon a great central rock which perched upon it is a pretty sweet looking castle. I had ridden 500 miles by this time and feeling very happy to be riding through the city to my finish line, but just when I thought I had safely made it, I had a was very nearly knocked off my bike by a car cutting dangerously close in front of me. I slapped the car (classic mistake) to signal that I was there and protest his poor driving. A very angry man got out the car, shouting and swearing at me and seemingly looking for some good ol’ timey fisticuffs. In this moment my internal fight or flight mechanism slammed down on the escape button and my legs started pedalling furiously. As I made my dash for safety I heard the car revving loudly behind me, I could see in my mirror huffs of black smoke rising from the car as it teared towards me. I bunny hopped off the road and veered off into a park and essentially hid like an idiot from a man who looked like he had murder in his eyes. That was it, I finished the ride, a little shaky but ok. In every other respect Edinburgh treated me very well! 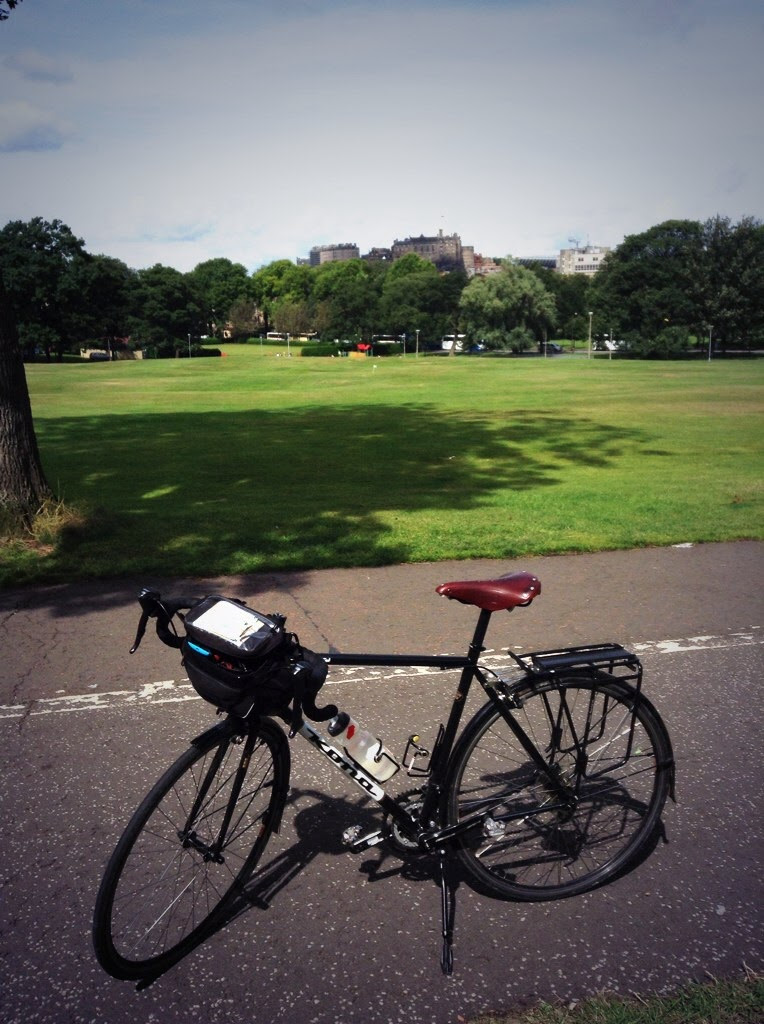 2. Falling off my bike in the Rain in Hull

Do I really need I say more? Falling off your bike is a wholly unpleasant experience at the best of times, but doing it after 40 miles of cycling in the rain, with 30 still to go only add insult to injury. It was a subtle ridge on a busy road that derailed me in the city of Hull, a place that’s most famous artwork is a picture of a dead seagull called ‘Dead Bod’ painted on a rusty shed as a joke over 50 years ago, an artwork that helped win Hull the status of Britain’s City of Culture 2017, an award that backhandedly compliments cities that aren’t London every 4 years. I scuffed my hands and knees badly and tore my shorts. I let out an involuntary but hammy yawp in front of a large audiences of drivers and pedestrians, some of which very kindly got from their cars to check I was ok. I thanked them but reassured them I was alright as I cowered off to clean my wounds. 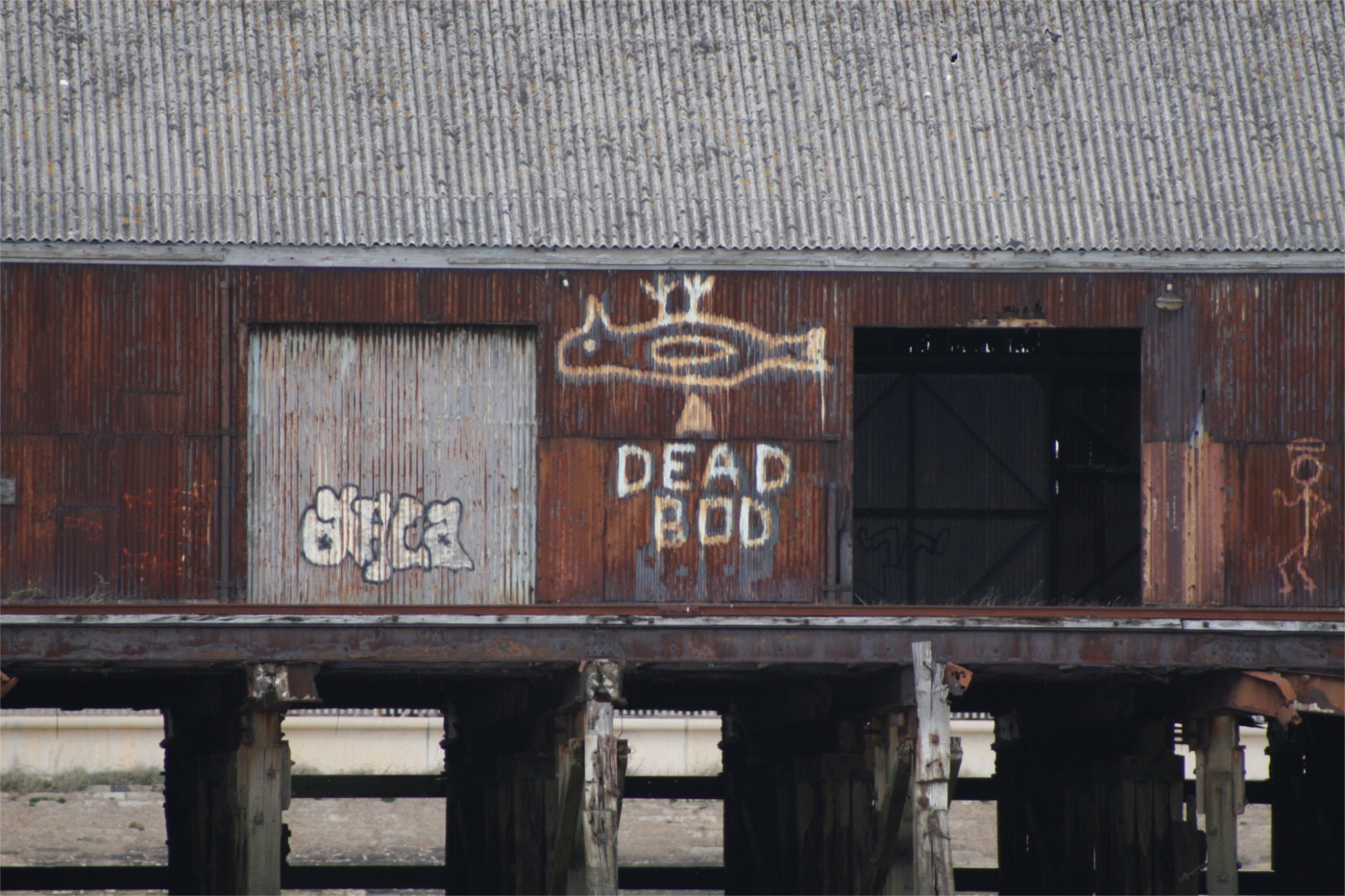 3. A Perfect Storm of Bullshit

The absolute lowest moment for me came in the form of sheer exhaustion. Having ridden over 70 miles I had just another 10 to go before reaching the campsite that I had phoned earlier that day to book a spot. Last check in was 9pm, they said, any later than that and I’d be wild camping. My cycle route signalled me off the road and onto a rough looking farm track, I peeled off in good faith and kept going until I reached a hill with a gradient that only the most sinewy of cyclists could reasonably attempt. My pannier laden packhorse and my tired (and distinctly undefined) legs took one look and opted to push. Up I went, conscious of my deadline of 9pm closing in. And up and up. Glad to finally reach the top I hopped back on the bike only to ride 50 yards before blowing out a tire. It was 8:30 and I had just five miles to go but in this moment I felt so defeated I could have cried. Mustering up my last remaining scraps of mental fortitude, I got to work fixing the puncture. A quick fix and I was again on my way. Only, my road I had one more challenge in store for me. The last 2 miles of trail were finished with fist size rocks, fine for a fat bike of burly mountain bike but my spindly road tires struggled. I made it, thankfully, just in time but it really is hard to put into words how much it took out of me to get there. I pitched my tent and wandered to the pub for some much needed R+R. 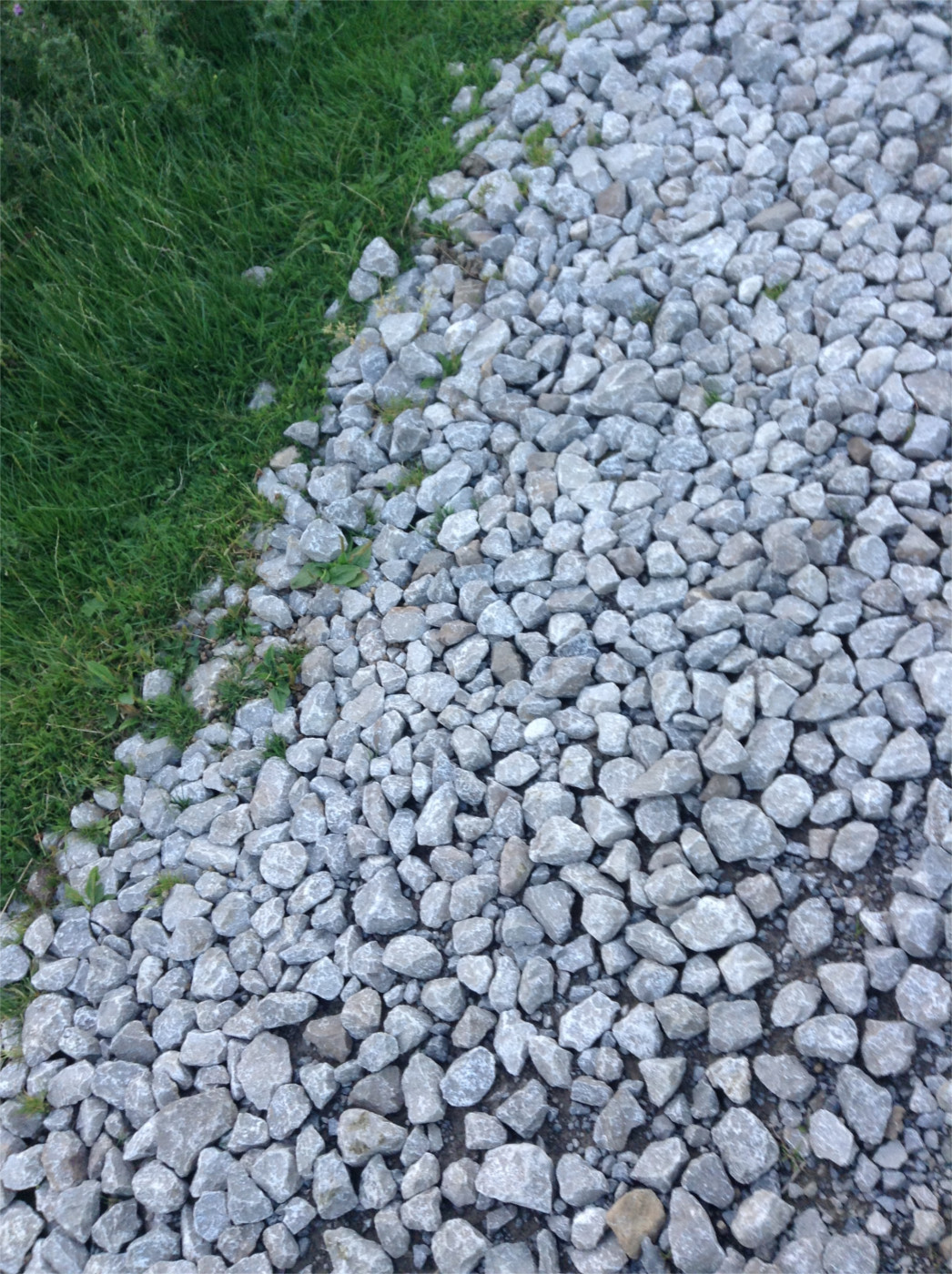 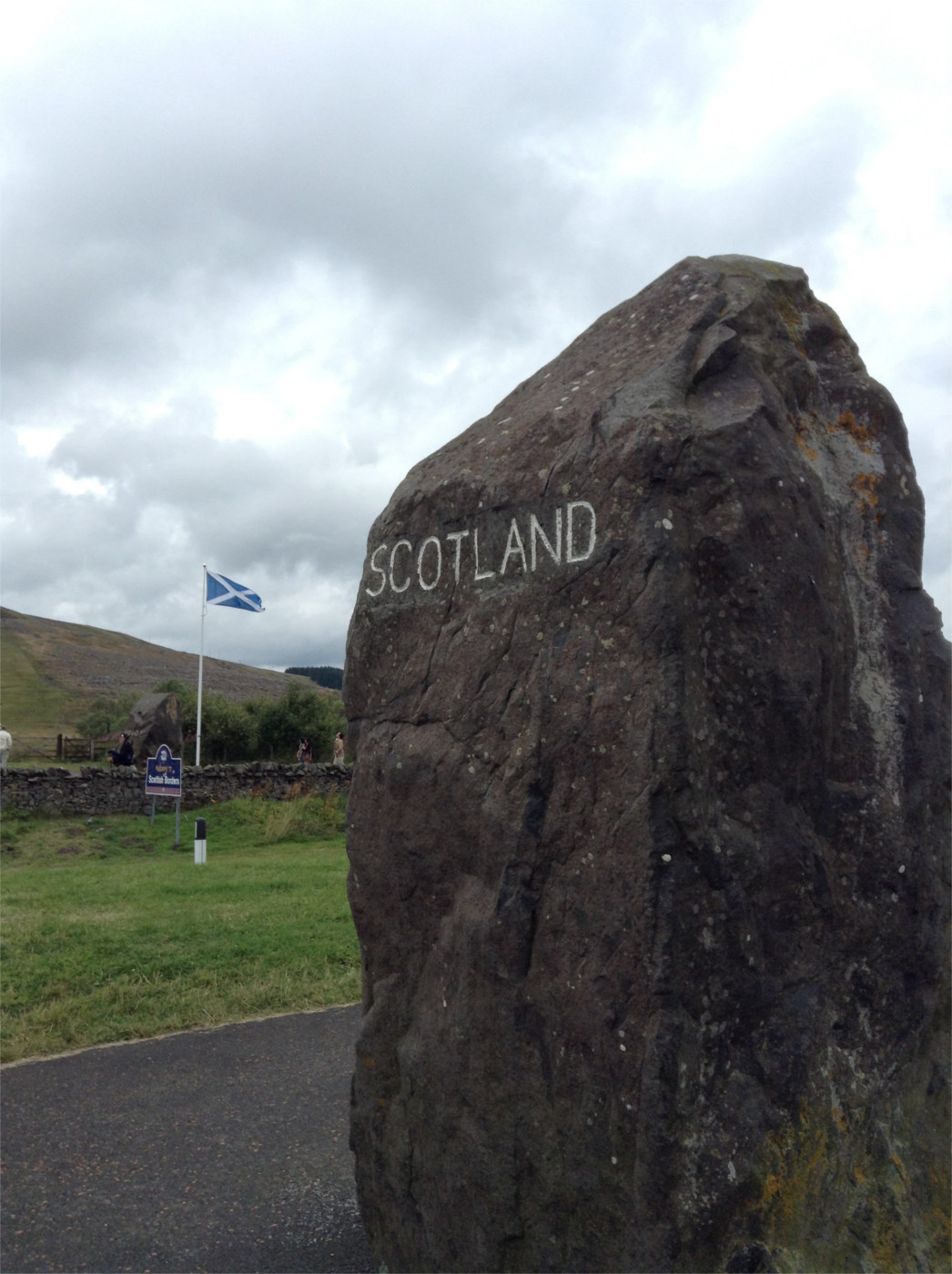