I looked at the screen of my phone and saw a map of the UK. A blue dot showed (like a once amazing James Bond gadget (but now real and quite banal) where we were. It had crept tangibly across the country. The halfway point was drawing nearer as we reached Kirkby Stephen. The experience of what it had taken to get to this point defined how I felt about what was to come. The end felt further away than ever.

We stayed in an old chapel in Kirkby Stephen that was now a youth hostel and had followed the recommendation of some cyclists to go to the Mango Tree Indian where we ate heartily, stinking and as usual probably making the place look bad. Sat behind us a large table was laid for ten or so people. They arrived in dribs. Australians walking the Coast to Coast, guided by an Englishman who had sideburns that came to a carefully groomed point, as well as a goatee, and a gold earring. Even from the other side of a busy Indian restaurant and over the soft twanging sound of Sitar music it was clear to see his charisma as he held court amongst his followers. We ate to our content, not knowing that we would soon meet again. 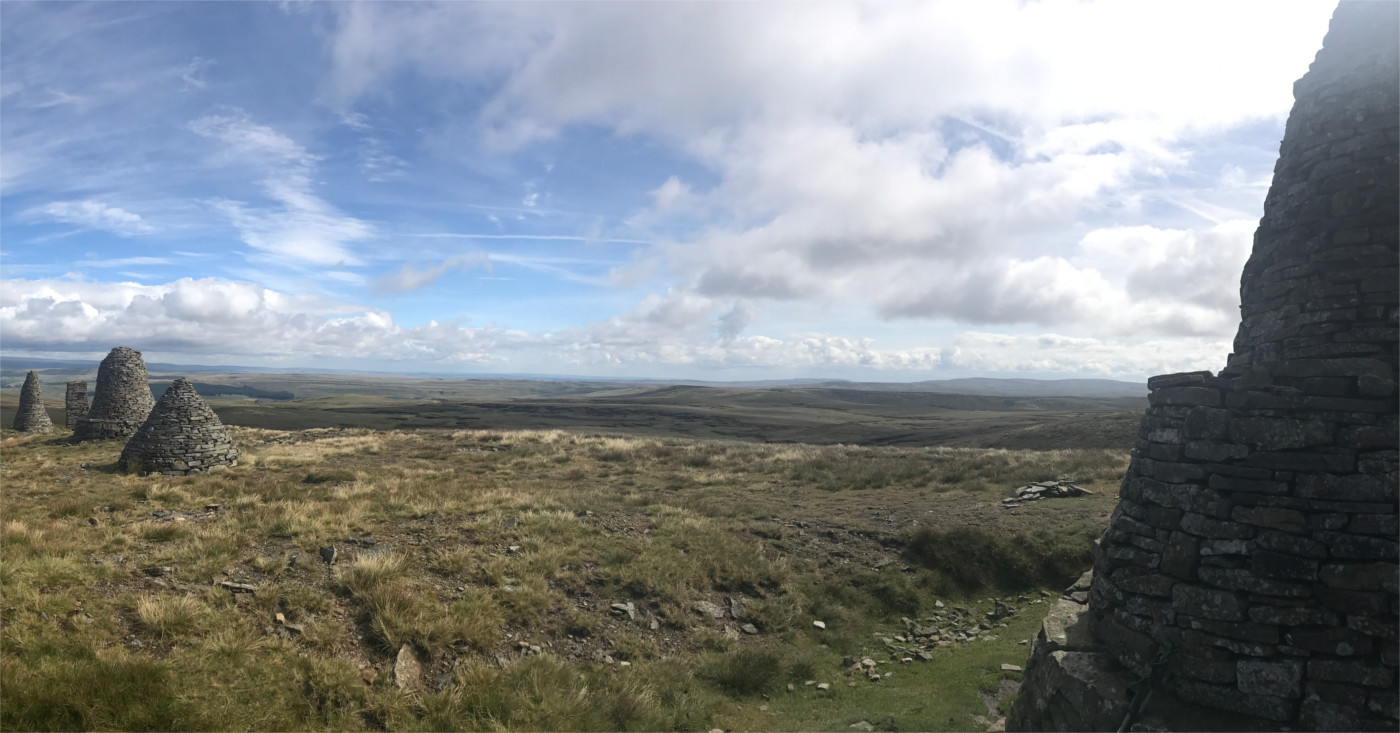 The next day we bolted up to Nine Standards Rigg, jet propelled by last night’s curry. From there it was simply a matter of crossing the moor and walking gently along the Swale valley to the C2C halfway point at Keld at the aptly named Halfway House Pub. From Nine Standards there is no path across the moor, instead the map merely offers some suggestions, one for winter, summer and spring and autumn. We soon caught up to the group of Australians from the restaurant following their guide in a single file line. We casually followed behind in their footsteps intending to zip past them when the opportunity arose under the vain assumption that we would be much faster than the group of ageing ozzies. How wrong we were. We all followed with hiking poles in each hand, heads turned, cowering from the whipping wind whilst our charismatic guide walked slowly and stoically, hands in pockets and upright, as he meandered across the boggy moor, up and down, and over great ripped up tussocks of black peat like some abandoned battlefield. You could see him occasionally stopping to read the terrain and assessing the best path across the desolate mire. His guidance saved us from spending what morale we had in us on making it across this deceptively challenging landscape and left us we enough left to make the rest of our planned hike that day. It was interesting to experience how much mental and emotional energy we saved by following someone who knew the moor well. When the burden of responsibility is relinquished from you and given to someone with knowledge and experience with how to face that particular challenge it affords you a sense of security that can otherwise be energy-expensive.

One foot in front of the other, the moor subsided and we descended into Swaledale. We walked along the russet, iron-stained water of the Swale for mile after mile bathed in the orange light of the evening sun with our hearts set on reaching Reeth and our feet protesting every step. I remember finding it hard to savour the last two miles of this day despite being in one of the most idyllic parts of the country. I was pining for pints and pub food. 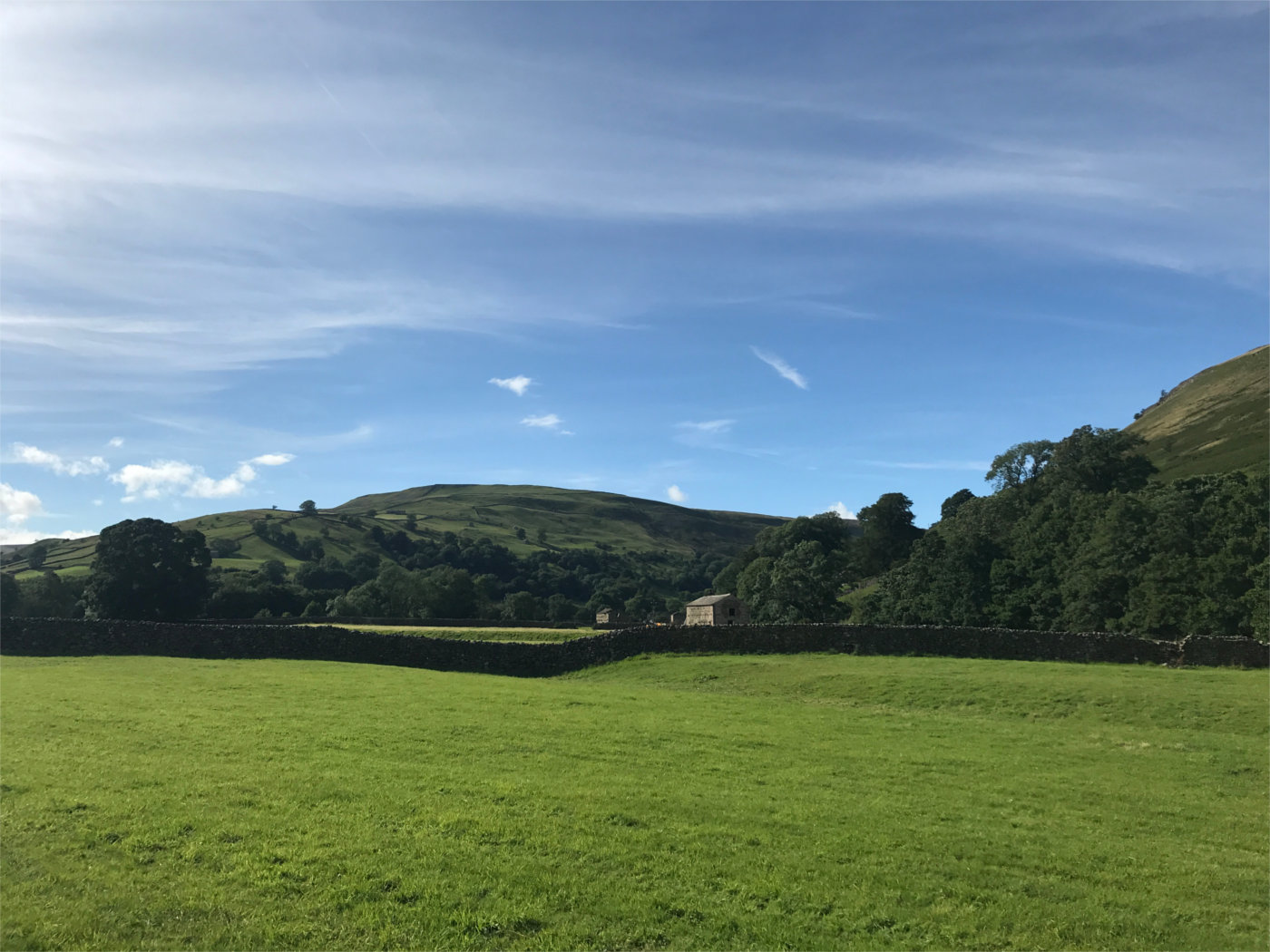 We reached Reeth and found a pub. We stayed rather too long enjoying ourselves and missed the check in at the Youth Hostel. It was to be a wild camping night. Because I’m daft I proposed that we camp in the village bus shelter, a large stone walled and tile-roofed shack beside the village green. Plus sides being: 20 yards from the pub, no need to pitch tents, next to public conveniences (a luxury to those doing C2C on the cheap). Downsides - frowned upon behaviour. We shiftily set up in the bus shelter shortly after last orders and were back on the road by first light.

We reached Richmond and saw the last of the Dales, from there you cross the Vale of York, a broad stretch of flat land that lies beneath the Moors. The Coast to Coast guidebook advises walkers not to rush this easy section of the walk, but instead to savour its beauty with relative ease. The person who wrote this advice did not factor in the iffy nature of the British summer. The rain came around noon and when it rained it poured, as it does. I mean really poured, like so wet. Like, so rainy. I still don’t fully understand what a hydrostatic head is in reference to waterproof clothing, but I can only assume that on that day the hydrostatic heads of my garments were decisively breached. So this section was indeed rushed, there was to be no savouring here. 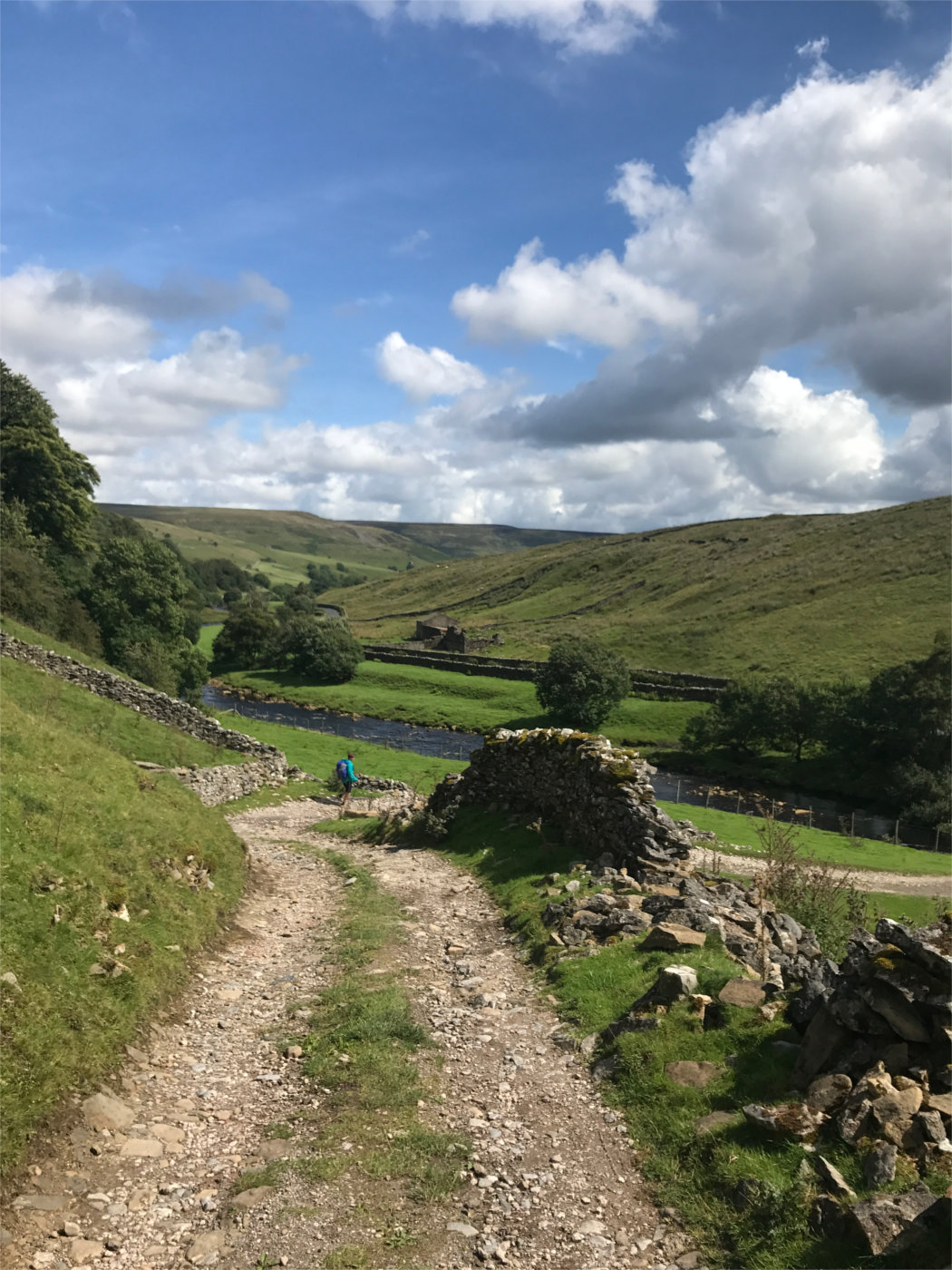 Geographically this was the lowest point of our journey and emotionally it was too. If the steep inclines of the lakes where a test of our legs, this was a test of our mental fortitude. But it’s just a bit of rain right? What’s the problem? It’s just like normal but wetter. As long as I don’t get hyperthermia, which I know won’t, there’s no problem. Just a bit wet, that’s all. These were my mantras that ran around my head keeping the rain from bothering me too much. Eventually the light at the end of the tunnel came in the form of a pub. There were faces in the windows looking out as we trudged our final steps, dripping wet. The pub was full of Coast to Coasters drying out from their walks like us. There was a line of boots in front of a fireplace drying out that belonged to two Yorkshire women in their 60s, lively and looking like characters from a Calendar Girls spin-off, an American mother-daughter duo, a group of which the only person I can recall now was a man with a comically high pitched voice, and a young English couple, who were frustrated by their unnecessarily slow-paced itinerary; they’re due to finish later this year. I walked up to the bar and ordered pints for our weary souls from a man with a 1000-yard stare, looking like he’d seen too much in Vietnam, or that he’d sampled too much LSD when he working as a roadie for the Grateful Dead. I asked if they get a lot of coast to coasters, a daft question in hindsight but I was reaching for anything to crack through the awkward silence, he replied with with tangible disdain ‘That’s all we get’. I apologised for the inconvenience and took the beers back to Sam and Chris, easily half-dead by this point.

We were going to wild camp that night until we learned that the pub offered its garden as a camp-spot. The next day was to mark the final hurdle. The Yorkshire Moors were just a few miles away, sloping steeply up from the vale. The halfway point was quickly falling far behind us and the end was near. My hopes of reaching the end point were almost completely scuppered as I was carted off in an ambulance 5 miles before the end point. But you’ll have to wait until next time to find out what happened! Ooh what a lame tease!